As we grow up, we learn that there are only two options: boy or girl. Society teaches us what it means to be a boy or girl through clothing, colors, vernacular, and activities. We grow up in a society that tells us whom we are without giving us our inherent right to choose whether we want to be either boy or girl or something else.

Up until recently, gender has been presented in a binary way. However, it doesn’t reflect the reality of gender identity. Gender identity is more than just boy or girl. Therefore, we cannot oversimplify gender in a binary way, and we cannot impose our comforts on those who don’t match our societal expectations. Transgender and gender-nonconforming people know this better than anyone. But unfortunately, they are subjected to feelings of invisibility because people refuse to accept that they do exist in this world, belong here, and there is a place for them. Gender identity always has and will continue to be diverse. Whether one likes it or not, that IS our reality. Therefore, it is imperative and humane for us to accept it.

The Sonja McCord X respects all gender identities. We encourage our dancers to take the time to understand the nuances of the terminology, embrace pronoun preferences, and normalize the diversity of identities in this world. As dancers, we have the unique opportunity to lead. Let’s start embracing these opportunities to educate ourselves and others so that we can provide a safe space for our beloved non-gender conforming community.

On March 31, we are celebrating Trans Day of Visibility with a positive acknowledgment of the accomplishments of trans and gender-nonconforming people and an opportunity to educate the public about gender identity. Gender identity is richer than boy or girl, and pink or blue. So it’s essential to know how to be respectful toward people of non-conforming gender identities and how to practice genuine allyship.

“Transgender” is an umbrella term.

If you were taught about what it means to be transgender in school, you probably learned that transgender just means people who identify as opposite of the biological sex they were born as (trans man or trans woman). However, “transgender” is an umbrella term for a whole range of gender-nonconforming identities encompassing not only that definition but also nonbinary, gender fluid, and more.

Drag queens are not trans.

Some people confuse trans identity with drag queens, which is incorrect. Drag queens are cis men who perform femininity for an audience but do not identify as female themselves. Are there gender-nonconforming drag queens? Sure, but drag itself is a performance of gender, not a gender identity. Unfortunately, drag queen performances and terminology are often used to insult trans people by invalidating their genuine experiences of their genders. Most trans people will be highly offended if you compare them to drag queens.

Not everyone’s gender expression is related to their gender identity.

Gender expression or gender presentation refers to how we present our gender to the world. Some trans and nonbinary people do not present their gender in alignment with their identity out of fear or because they are closeted.  However, that doesn’t make their gender identity any less valid. Gender presentation is unique to each individual, and it might not add up with how we’re socialized to think of specific gender identities. Because gender expression is so varied, it’s important to not assume someone’s gender just by how they look.

Trans people are not “born in the wrong body.”

Trans people are often asked extremely uncomfortable and personal questions about their genitals and bodies, including whether they want to alter their bodies surgically to align with their gender. While some trans and gender-nonconforming people want to get top surgery or gender reassignment surgery, others don’t want to do so and are comfortable with their bodies as they are. Part of this misconception about trans people comes from the narrative that trans people are “born in the wrong body,” which is a problematic idea that encourages gender dysphoria. Trans people are valid whether or not they want to change their bodies, and it’s nobody’s business what someone does with their body.

Transgender identities are expansive & infinite, with many possibilities for gender expression.

Regardless of how someone presents, everyone deserves to have their pronouns respected and for people to use their preferred name whether it’s legally changed or not. Trans people are not performing gender; they are the gender they feel inside. There is no one “right” way to be trans, and trans people don’t have to mold themselves to appear cisgender or any other way that is more “palatable” for cisgender people. Trans people deserve to live life as they are and live safe, healthy, love-filled lives.

To all the trans people out there: we see you, and we love you exactly as you are. 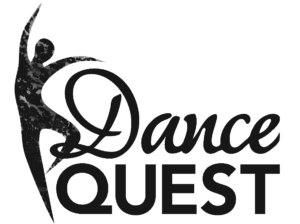 Are you a SMART Dancer?

Enter your email to get our Free SMART Tips for Smart Dancers Mini Guide and we'll send you more invaluable inspiration to feed your artistic soul.